At the end of each year, we release all the data and statistics that we’ve been monitoring over the last twelve months in order to track the trends that the property market in London and Surrey show us. This helps our team at Townends Estate Agents, as well as you, to compare the figures on a regional and national scale – helping landlords that use Townends lettings to forecast prices for next year.

It’s an opportunity for any potential landlords thinking of getting into property to find out what type of property is selling, and where. If you’re thinking about starting a lettings portfolio, this is all the information you’ll need to make informed decisions.

We show the data relating to price changes in property types in both our core areas of London and Surrey, average rent fluctuations, the profiles of our properties let to specific age demographics, and finally, all the data from our transactions.

Landlords haven’t necessarily had it that easy in 2019. There have been numerous changes in property lettings regulations and it can seem tough to stay on top of them all in order to stay compliant.

Firstly, the Homes (Fitness for Habitation) Act was introduced in March 2019. This essentially means that tenants will be able to take legal action against their landlord should they fail to maintain the property to what is broadly described as a ‘good condition’, all without having to rely on their local authority getting involved.

Then, from April, all letting agents needed to have a CMP (Client Money Protection) in place. This is good news for landlords, as rental income will be protected.

Lastly and perhaps most importantly, the ban on tenant fees came into force on 1st June. Now, landlords and letting agents will no longer be able to charge for anything other than:

It’s always important to remember that each property is unique and whilst these are average property sales and lettings statistics, to get an accurate value of how much you could actually sell or let your property for, make sure you get in touch with us today to book your free face-to-face property valuation.

The average sales prices for London and the Greater London area show remarkable stability over the twelve months from November 2018 to October 2019. There were minimal price fluctuations from £585,000 in Central and East London, and £490,000 for Greater London across the year’s span.

Similarly, the average sales prices in Surrey did not vary over the same time period of September 2018 to September 2019.

Properties were being sold for an average of just under £450,000 in our Surrey locations over the twelve-month period.


Using October 2018 to September 2019 as our twelve month time span, we saw that November 2018 saw the peak in transactions made per month (1,468 transactions) for our London properties. This was not too surprising as we usually see a rapid decline before the cold Winter months in what we refer to as void periods.

As predicted, December, January and February did decrease until we saw an upturn again in March when the weather improves and viewings are more appealing to prospective buyers.

Similarly to London, we saw the highest number of transactions made for our Surrey properties in November 2018 too (937 transactions).

As a whole, over the same twelve-month time period, the Autumn months of 2018 did most favourably, seeing an increase from September, throughout October to the peak in November, before decreasing into the Winter months void period.

Again, March of 2019 saw the year’s first increase in number of transactions made. Admittedly, the data is then fairly sporadic, increasing and decreasing month on month until a rapid increase in August 2019.


Over the last twelve months, the majority of our resale transactions were related to flats and apartments in the Greater London area (45.8%). The other type of property that dominates the resale figures are terraced homes (31.5%). However, there were a surprisingly high number of semi-detached residences too (17%).

This correlates with our findings specifically in London and the figures are very similar. This tells us that most residences being sold in and around London are flats, and if not, the likelihood is that they’ll be terraced homes.

When considering new build residences, the figures are very interesting indeed. A staggering 90.3% of new build properties in London, and 93.7% in Greater London, are flats. In the capital itself, just 8.1% are terraced residences.

It’s clear to see from these findings that an old question is raised again; space is still a huge issue when constructing homes in London and it’s being countered solely by flats going up.

Predictably, the further out of London you go, the space increases and the figures are much more varied. Commuter belt towns in Surrey and the surrounding South East areas have much more choice in semi-detached and even detached residences, and the year’s resale transactions at Townends show an almost even split between the four types of property.

An interesting observation when we look at our new build transactions across Surrey and the South East is that the majority of houses being sold, noticeably in the South East, are newly built detached homes. Whether this is the government’s attempt to address the affordable housing crisis, or whether the demand for detached homes in the home counties is higher than elsewhere is another question.

One thing that does stand out though, is that this trend is not repeated for our Surrey location. Two thirds of new builds sold by Townends over the last twelve months were flats or apartments, compared with just 14.9% being detached homes.

Looking at Central and East London, we saw average rent changes stay relatively stable at the beginning of 2019, between 0.5% and 1% change until May. From June, we saw a month on month increase at a rapid rate; a change of nearly 3% in August, 4% in September, peaking at 4.75% in October. November then saw a decrease for the first time since March, although the percentage change still stood at 4.25%.

For the Greater London area, average rent change percentages showed more stability, increasing slowly throughout 2019 to a year’s high in September (3.5%), then showing a slow decline from October.

Over the twelve month span from October 2018 to October 2019, we saw a periodic rise in rent month on month in the South East. Starting at -0.25%, rent prices increased up to nearly 0.5% at the beginning of 2019 and then continued to rise steadily each month to almost 2.25% in October.

In Surrey, the pattern is not so clear. October 2018 saw average rent percentages at -0.75% and despite increasing to just over 0% in January, they decreased again in February. Although rents increased once more until April, May saw another decrease. July saw the rates drop further (-0.3%) before a large surge in August pushed figures to 0.4%, then increased again in September and October to a year’s high (almost 1%).

Our findings related to the age profiles of our tenants in Central and East London and the Greater London area are relatively unsurprising. We’ve seen similar findings previously and 2019’s figures reiterate that the capital is popular primarily with millennials and Gen Z renters, the majority being in the 18-29 demographic followed by the 30-39 demographic. Seemingly, the higher the age category, the fewer renters there are, something we expect to see repeated in 2020.

Surrey and the South East show comparable figures when we look at the age profile of our tenants. It is becoming a common trend that the majority of tenants who rent fall into the youngest age demographic (18-29) as getting onto the property ladder if you’re in your twenties can be difficult, especially in London and the South East.

People in their thirties then form the next biggest group of tenants for Surrey and the South East, with each increasing age demographic following suit until 60+, which forms the smallest demographic of tenants. It’s probable that the majority of people in the older demographics are now home-owners.

This tells us a lot about the property types on the lettings market and the question of available space in the capital.

Interestingly, the majority of homes that Townends has let over the last twelve months in Surrey and the South East have been flats.

In Surrey, flats form over half of properties let, and this ties in with the age profile of the majority of our renters. It’s perhaps unsurprising that as nearly half of our tenants in Surrey are between 18-29 years of age, then flats will also form the majority of property types let.

In the South East as a whole, the story is very similar. Nearly 50% of properties let were flats or apartments, with just under a third of properties let being terraced. We can perhaps assume that this correlates with the fact that the 18-29 demographic make up most of the renting tenants seeking a residence.

A rule of thumb could be that the more young people there are on the market, the higher the likelihood that they’ll be renting flats and apartments. As people get older, typically, their properties increase in size and the older age demographics reside in detached homes.

To a certain extent, this year’s property market in London and Surrey has been difficult to predict. The fact that house prices have fallen in and around London goes against an assumed way of thinking when it comes to property in the UK.

Although we are now seeing prices slowly increase again, homes are still cheaper now than they have been previously. This means that whilst falling prices are bad for the UK economy in general, people can make the most of the situation and buy while prices are low. After all, even if you can’t get the price you wanted for you own house, the chances are that the owner of the home you’re buying is compromising his or her asking price too.

The data is starting to show that buyers’ appetites are returning and this can only be a good thing for our capital and surrounding areas.

Whether or not this has anything to do with a decisive election result across the Thames in Westminster is unclear, but it is probable that the political uncertainty was causing a volatile market.

Indeed, renters come to a point when they ask themselves how long they’re prepared to wait until the uncertainty dies down.

As a result, these potential buyers become fed up of paying rent and feel the prices have come down far enough for them to become involved in the market again.

While the capital had the unwanted honour of being the region where prices fell fastest, outside London in the home counties, prices are beginning to settle and historically this is often seen as a precursor to a wider recovery across London. 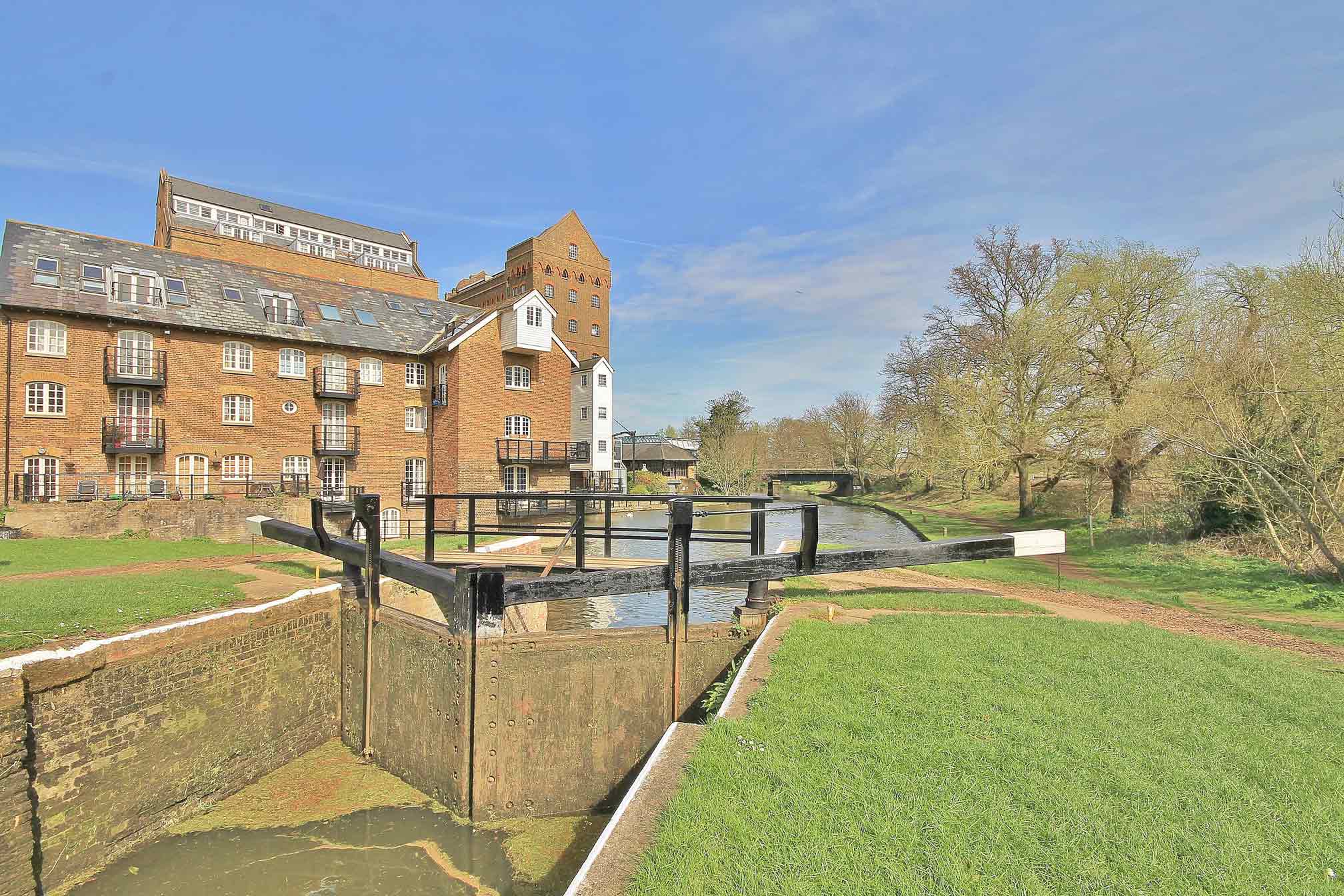 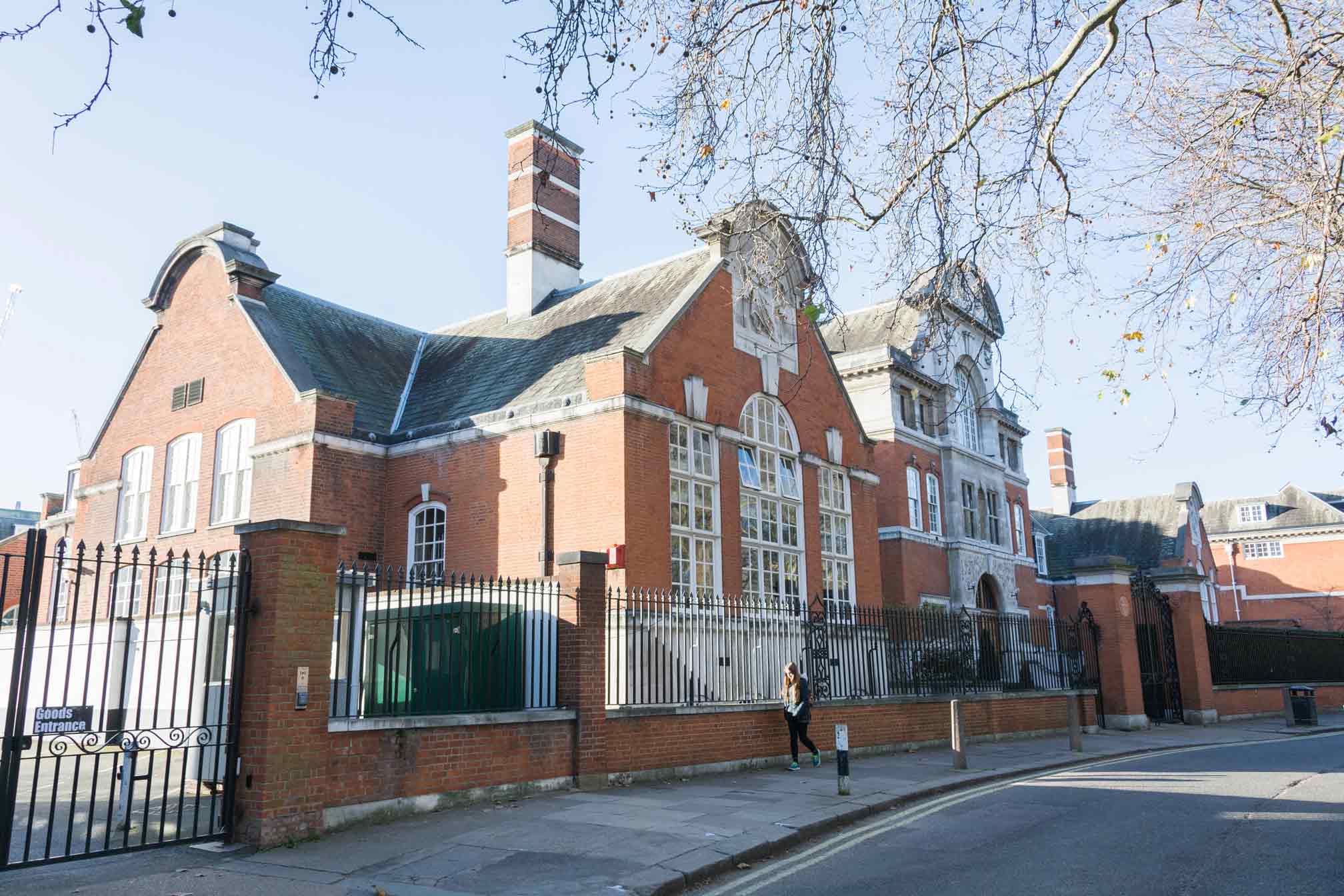 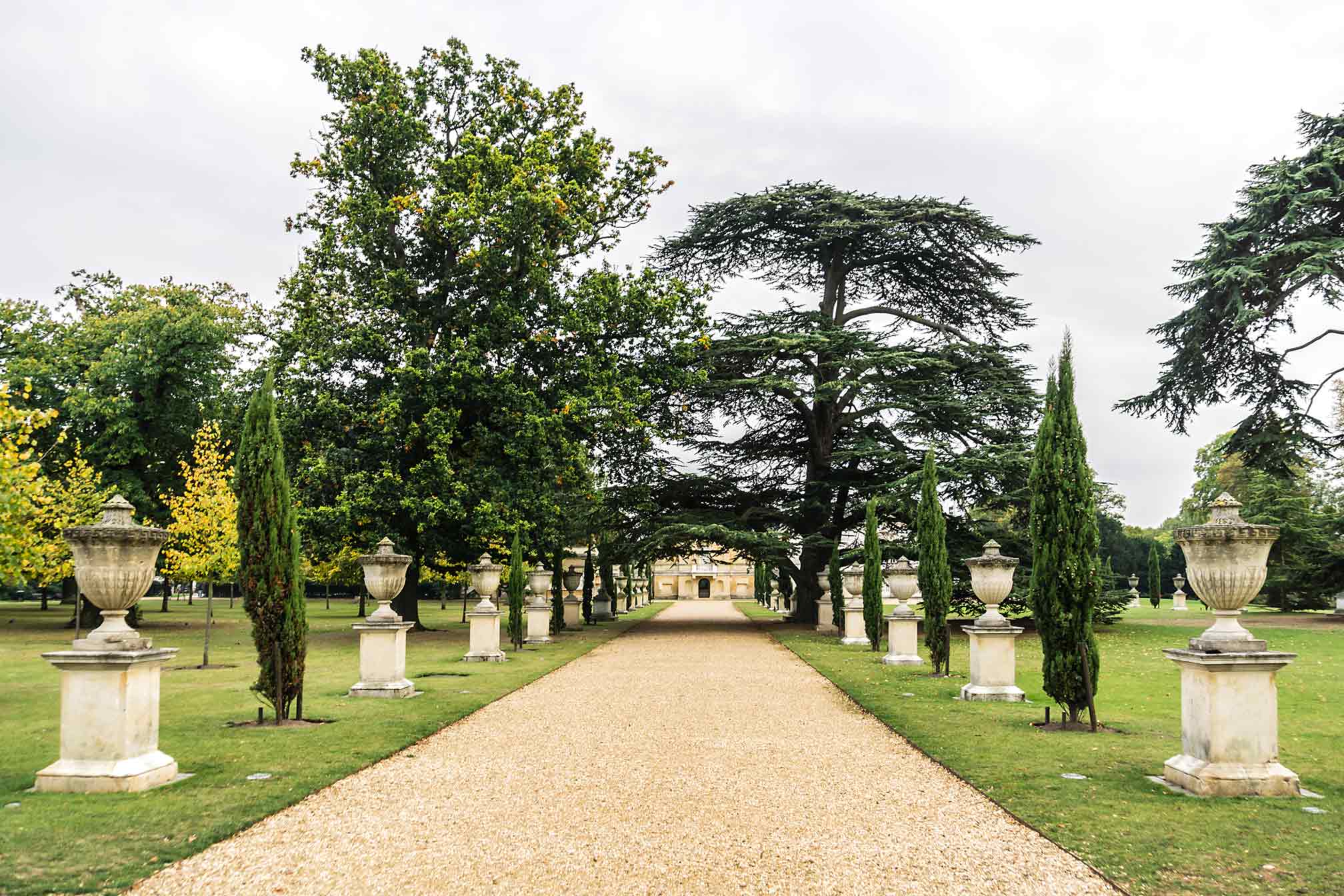 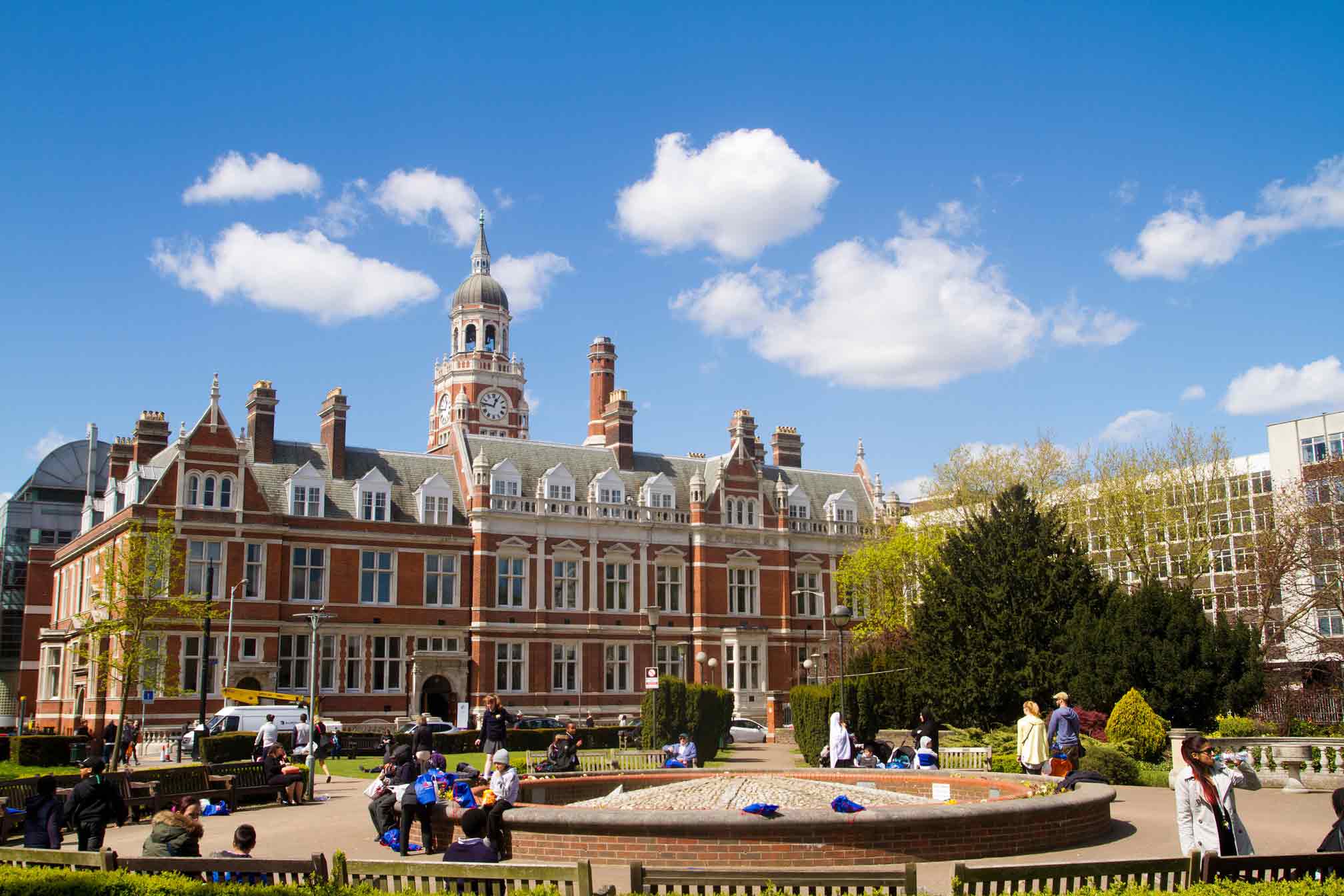 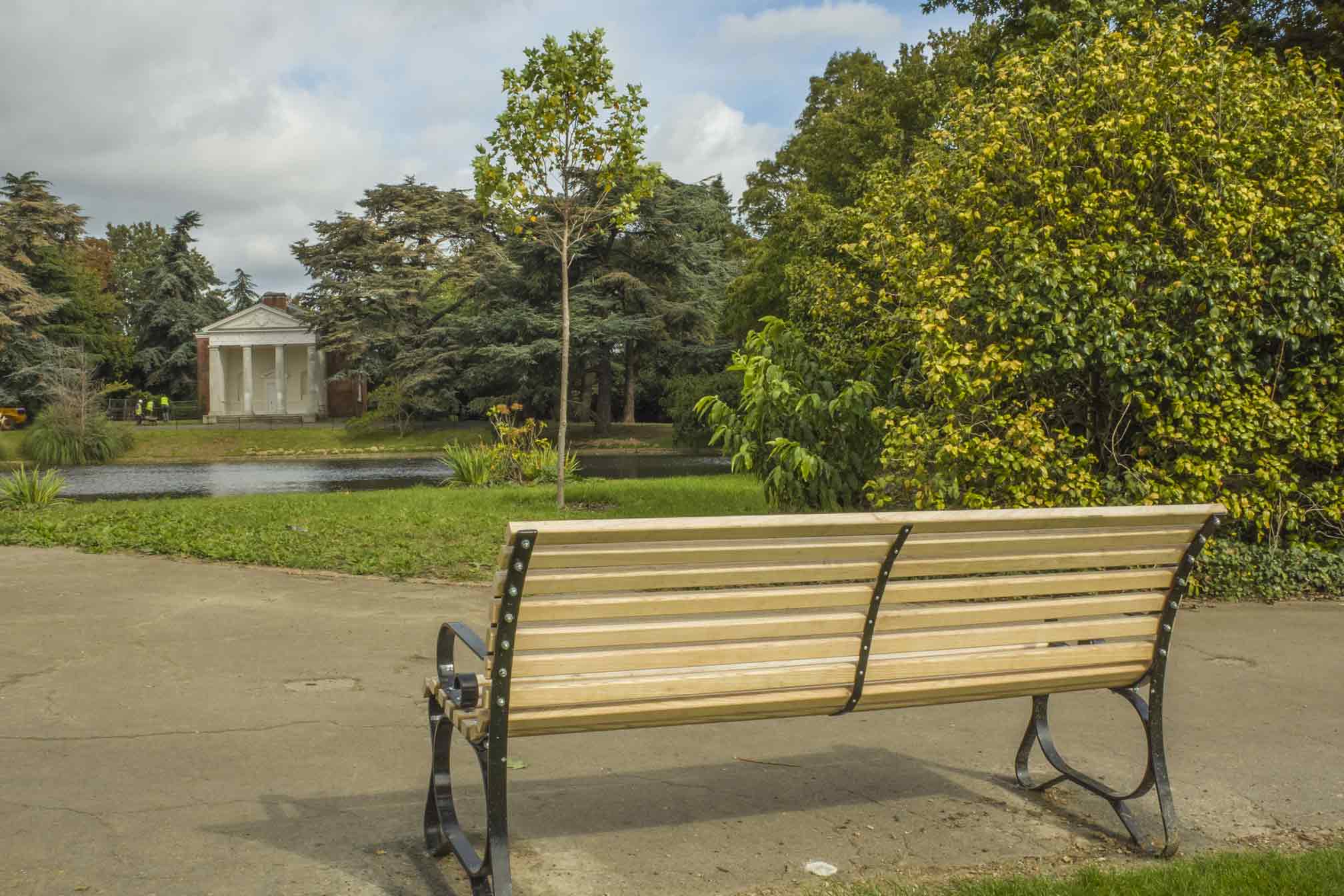 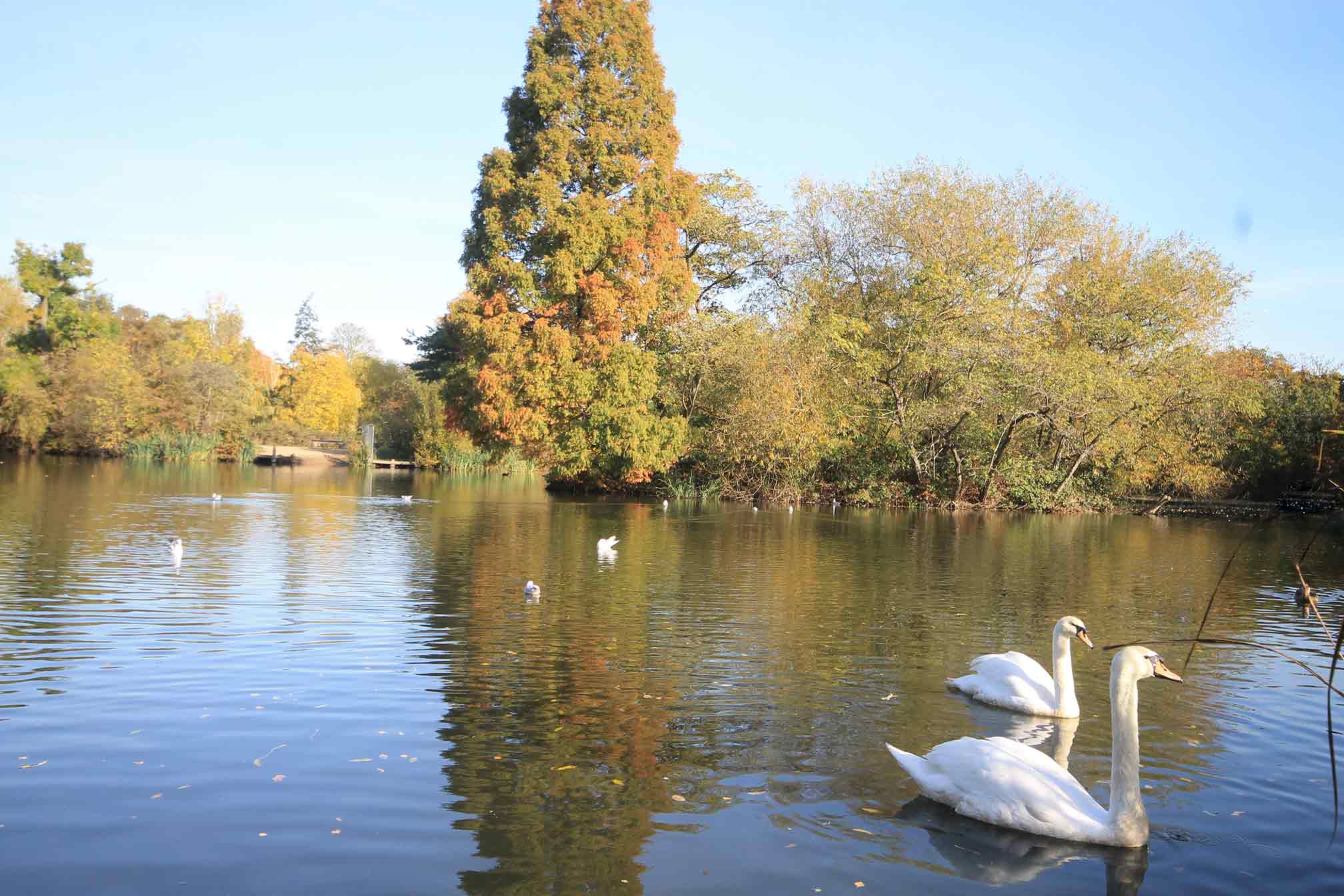 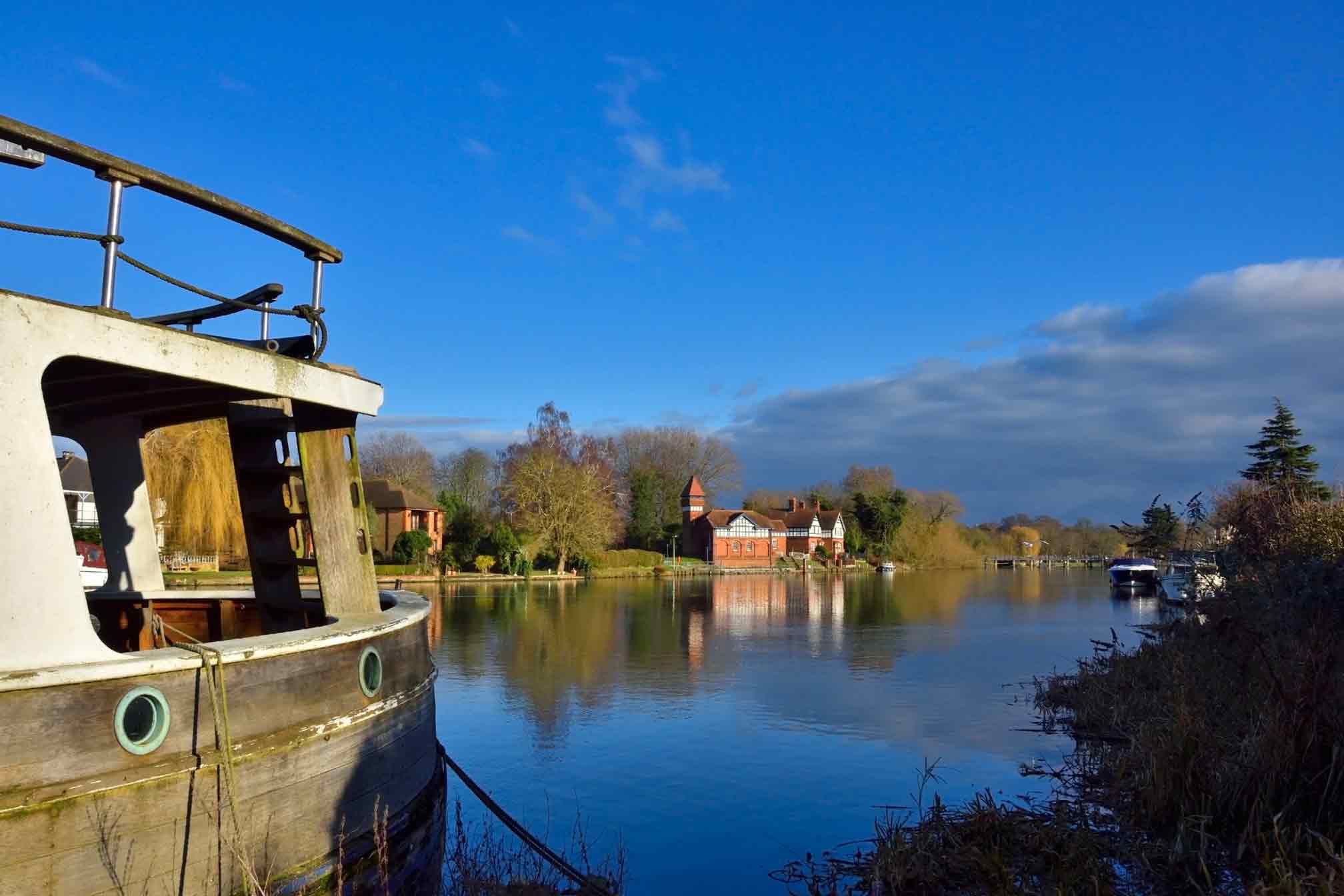 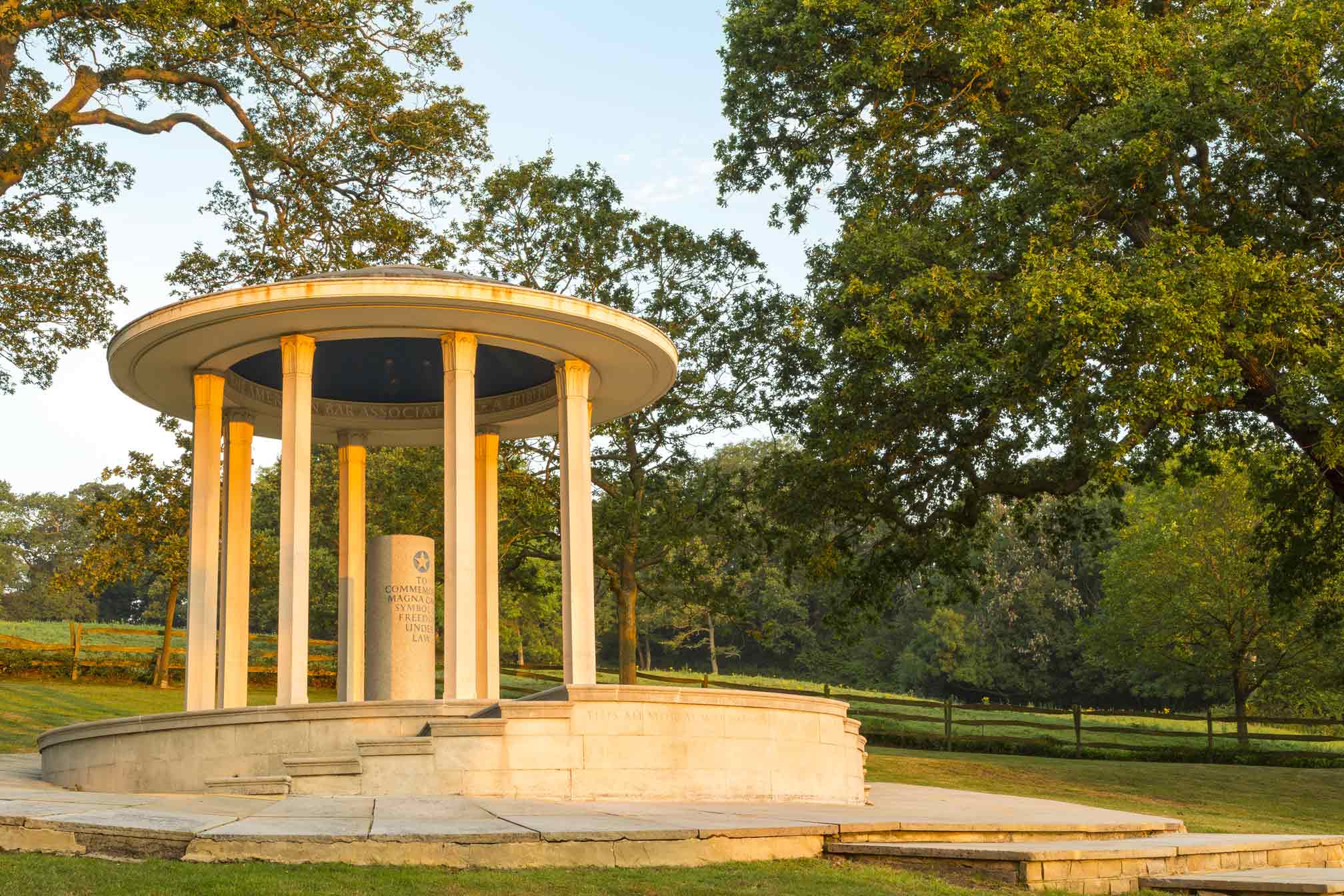 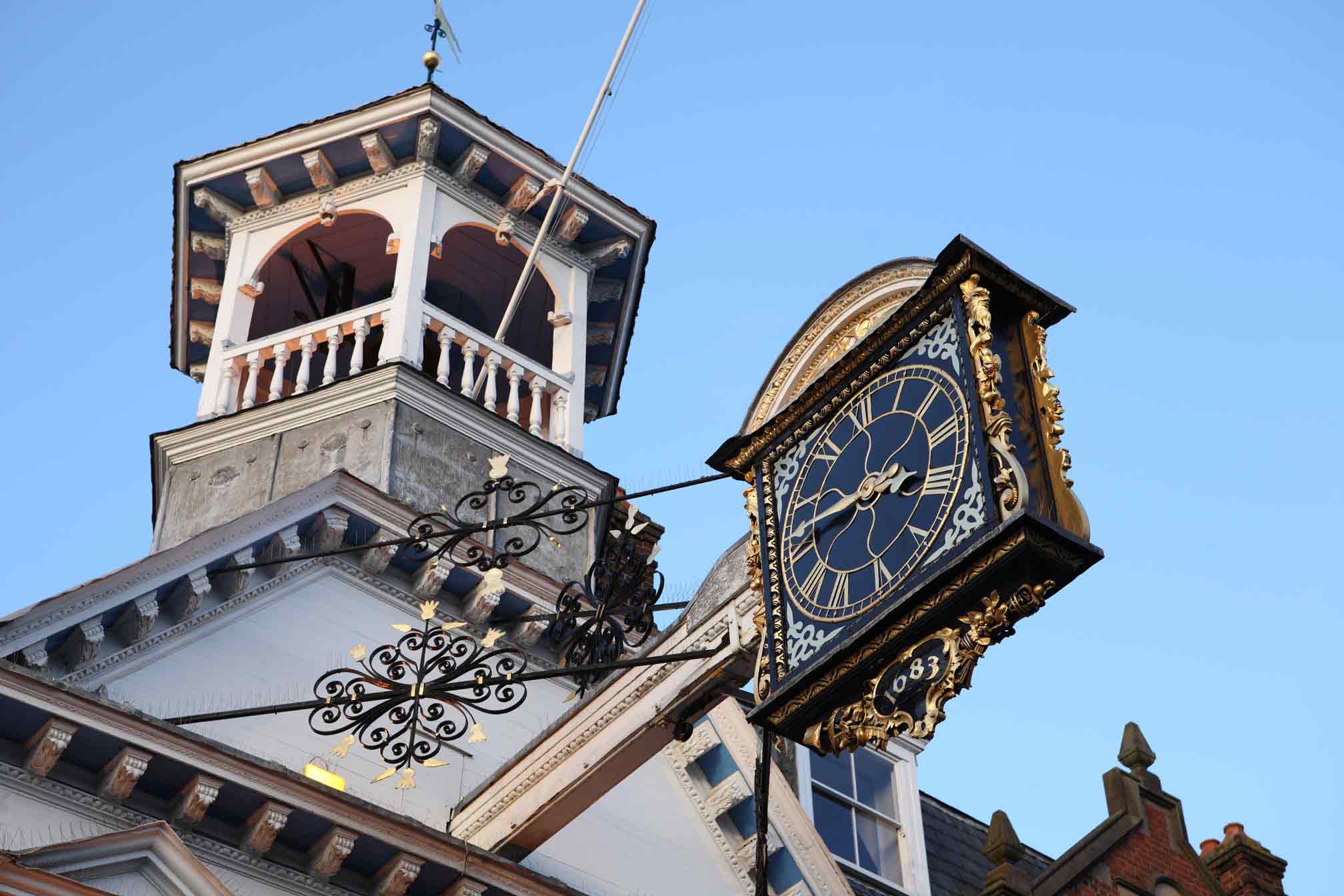 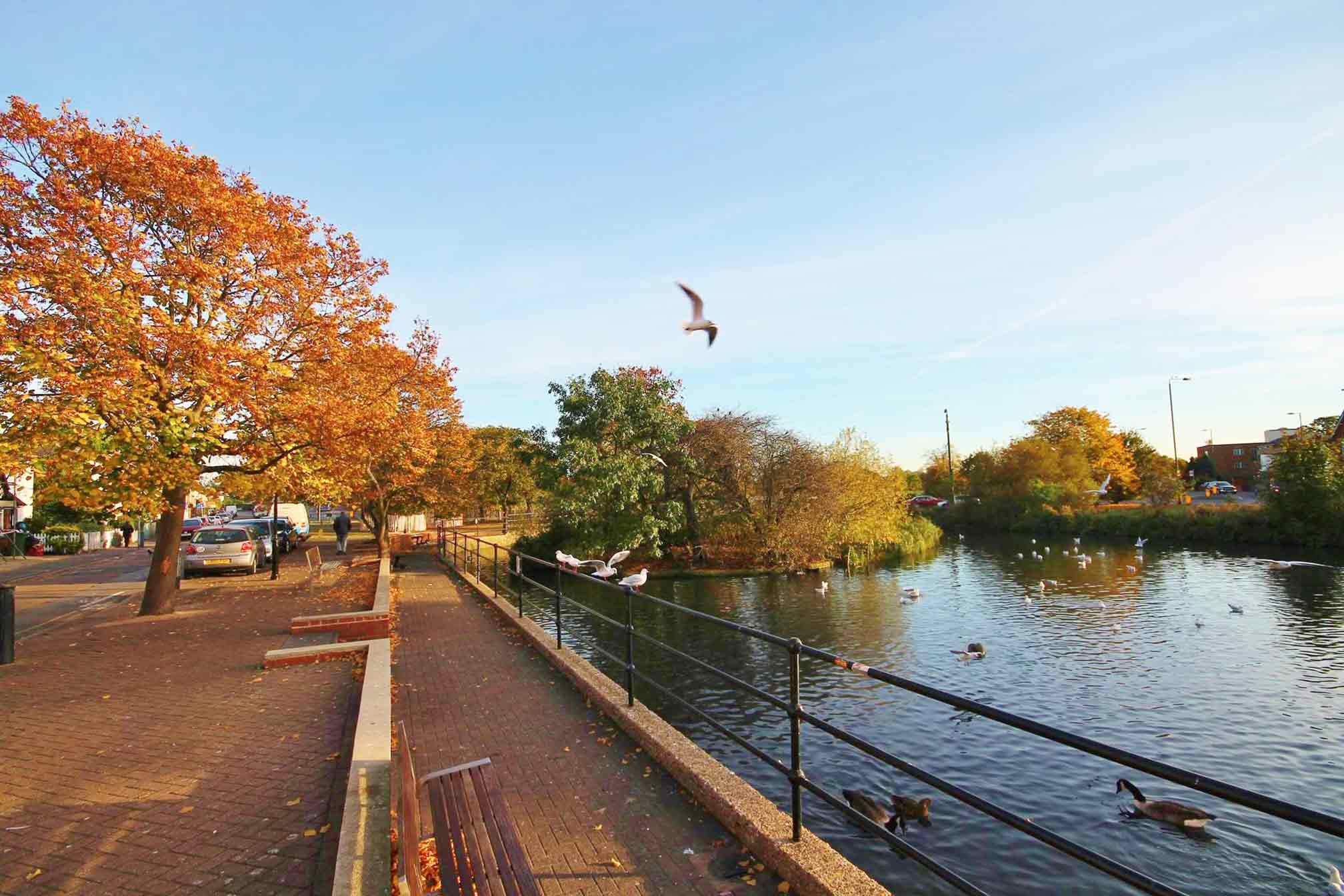 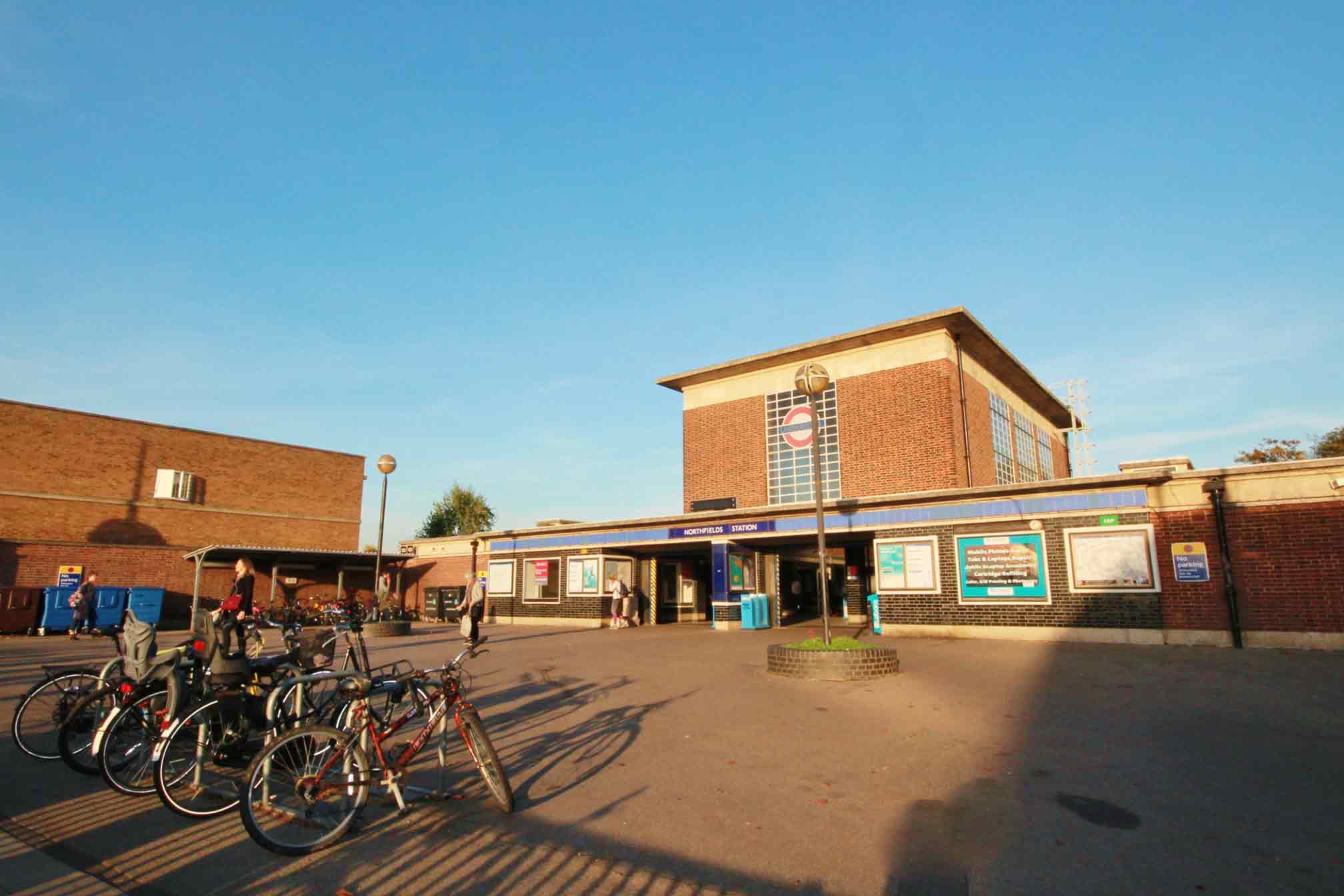 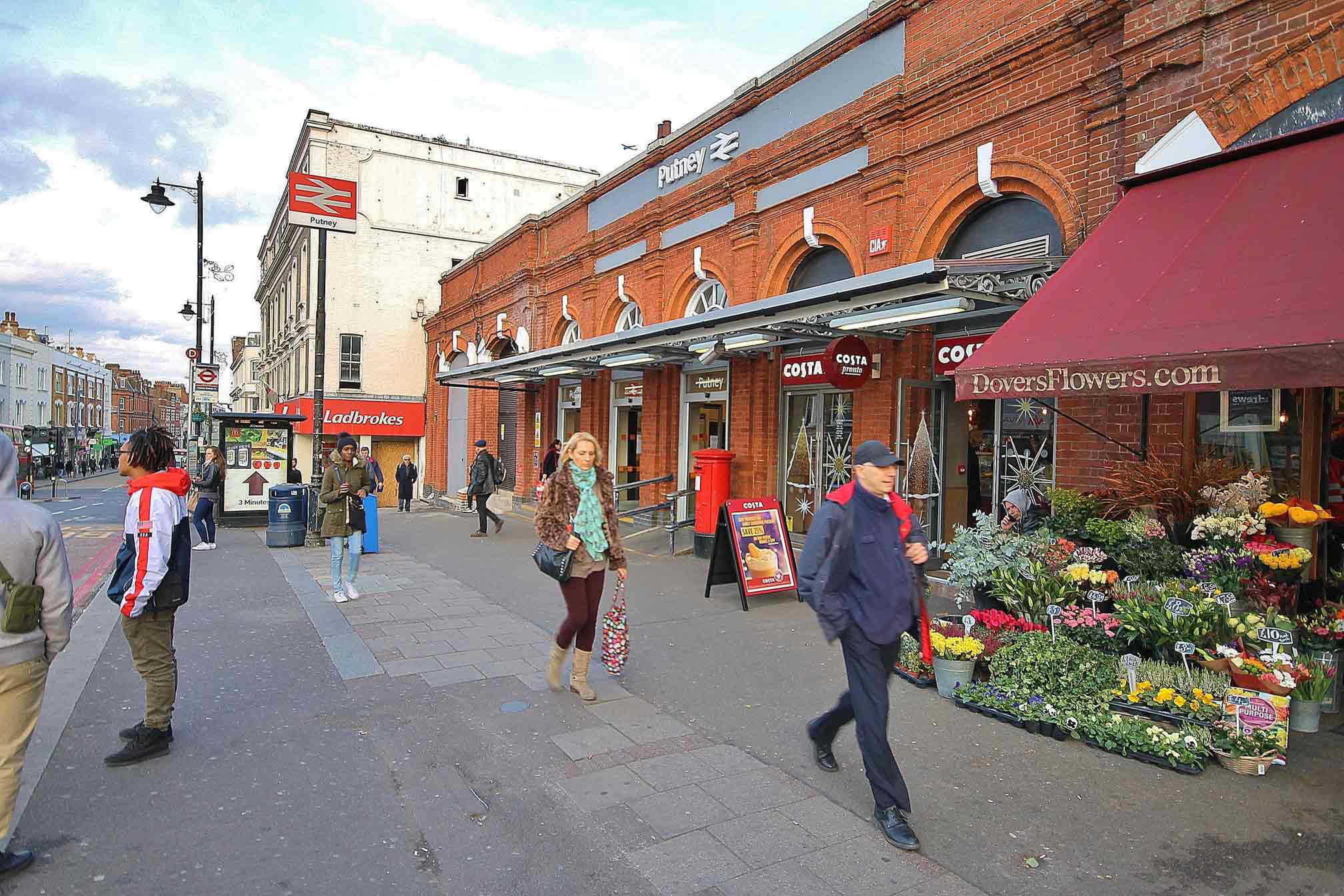 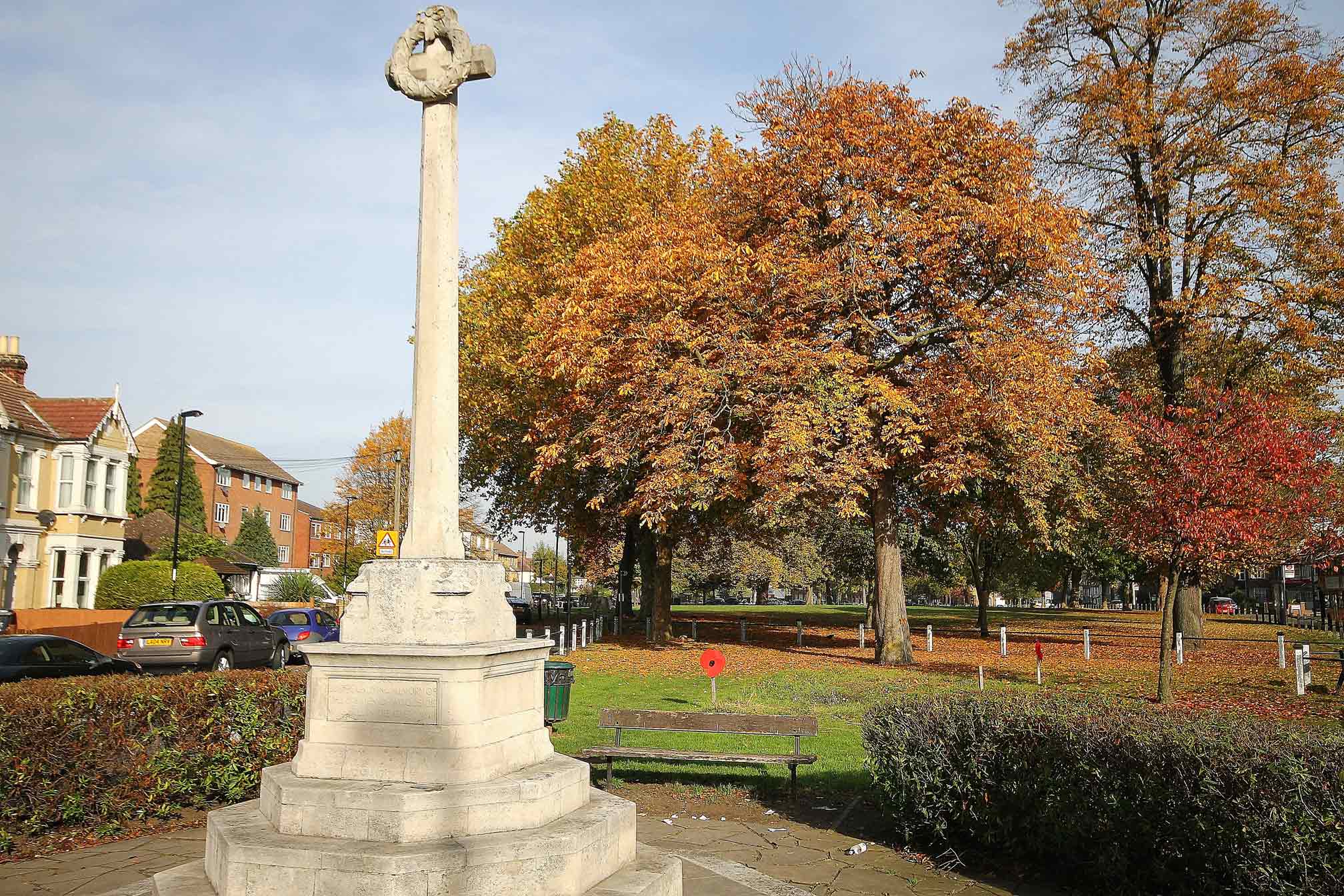 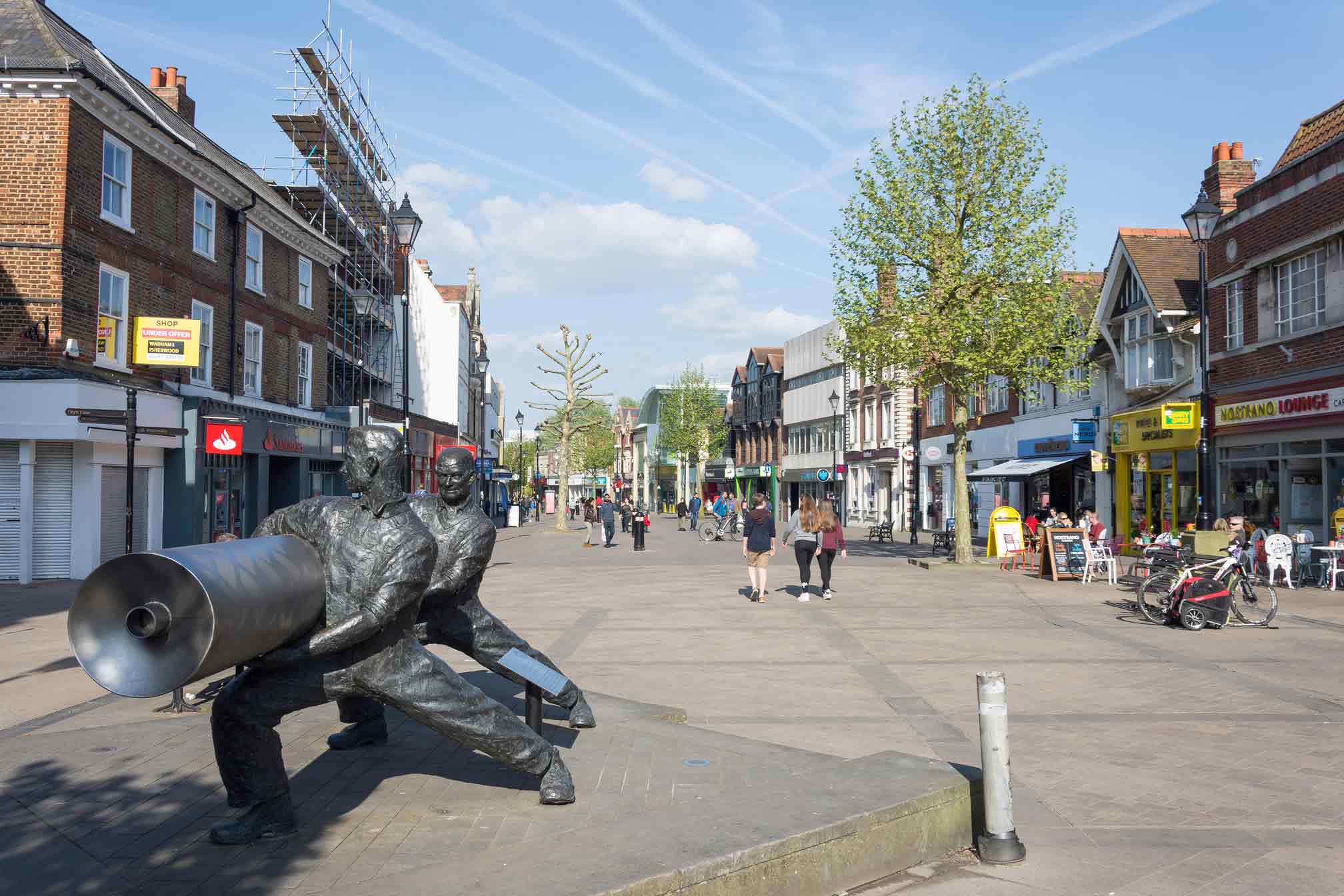 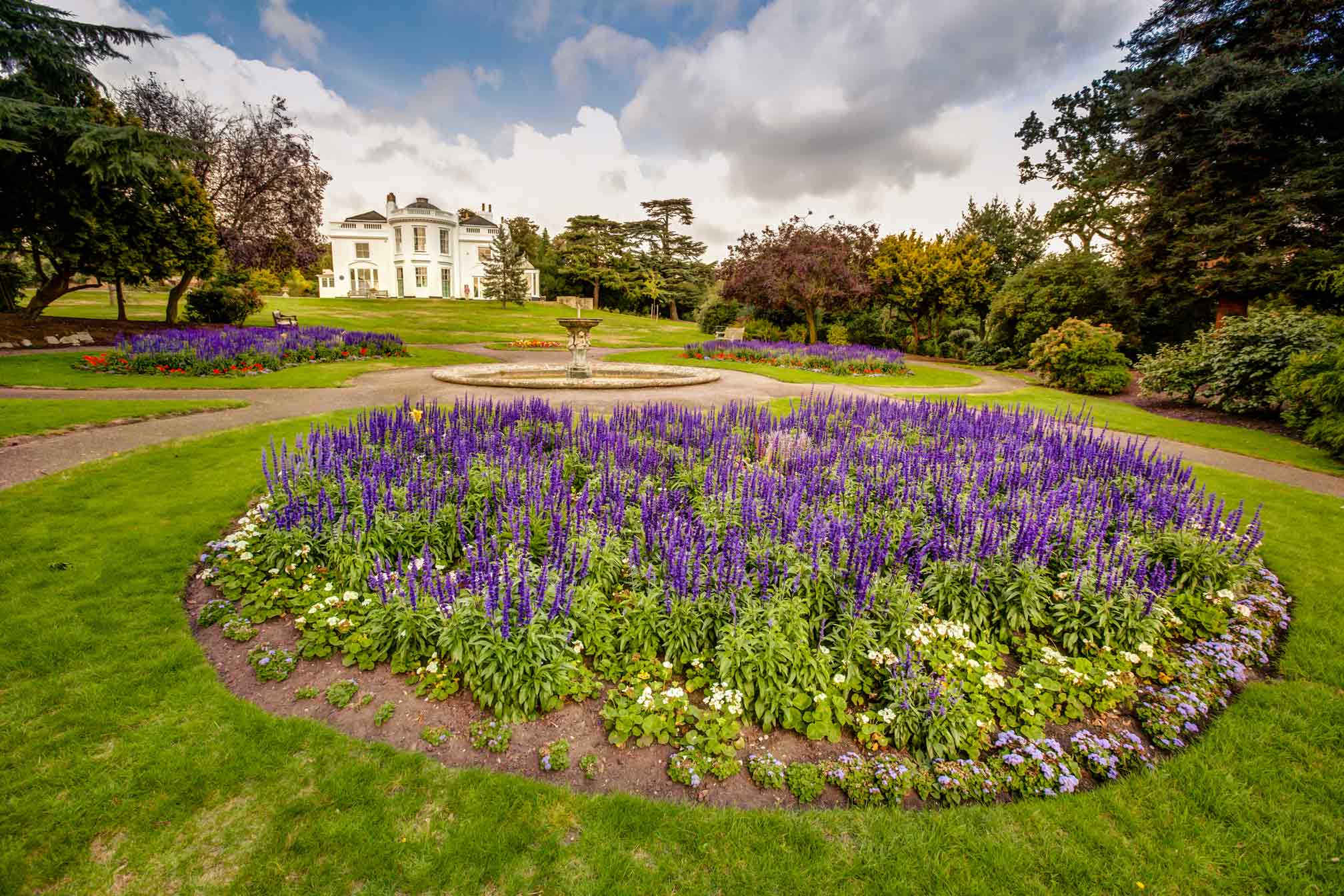 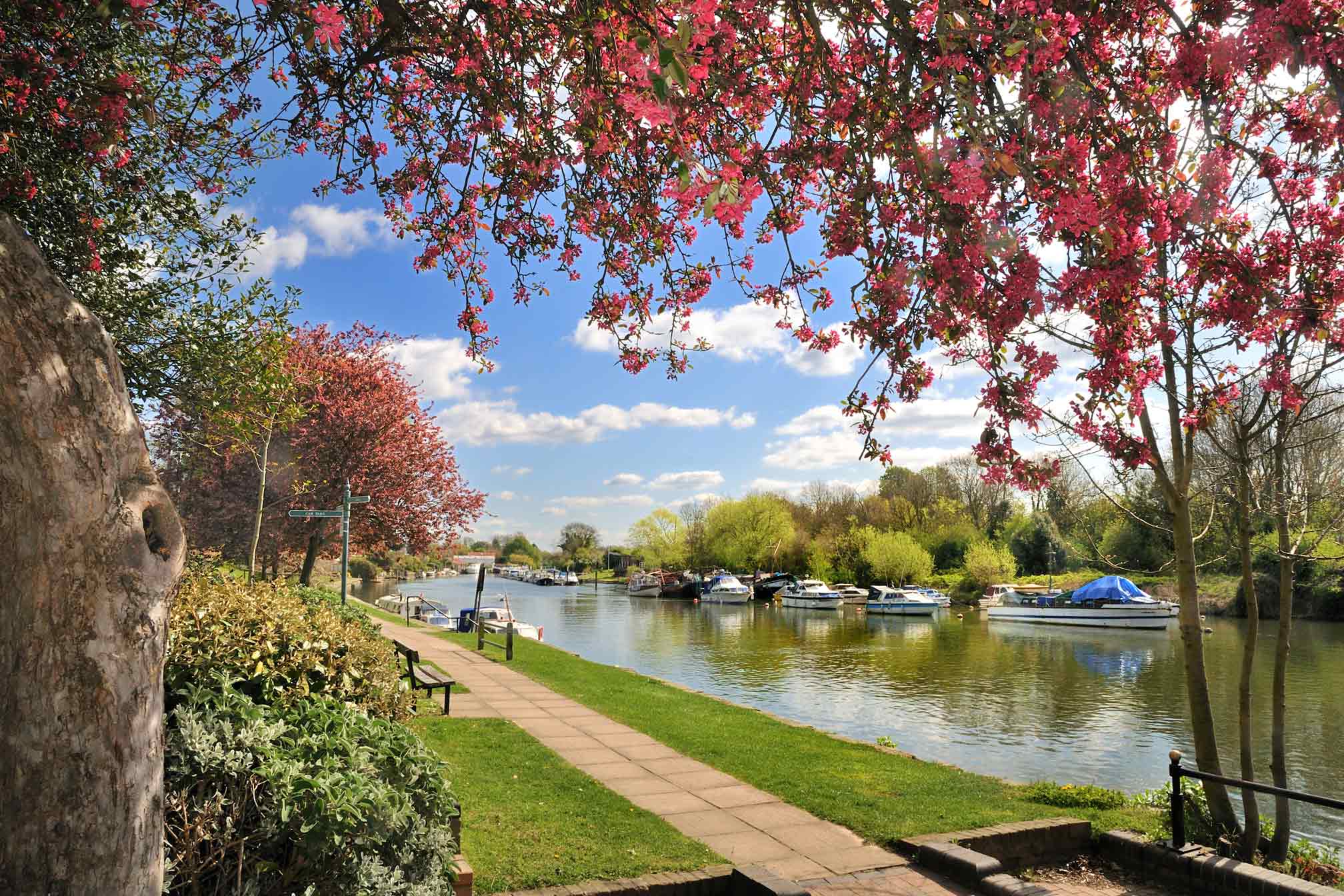 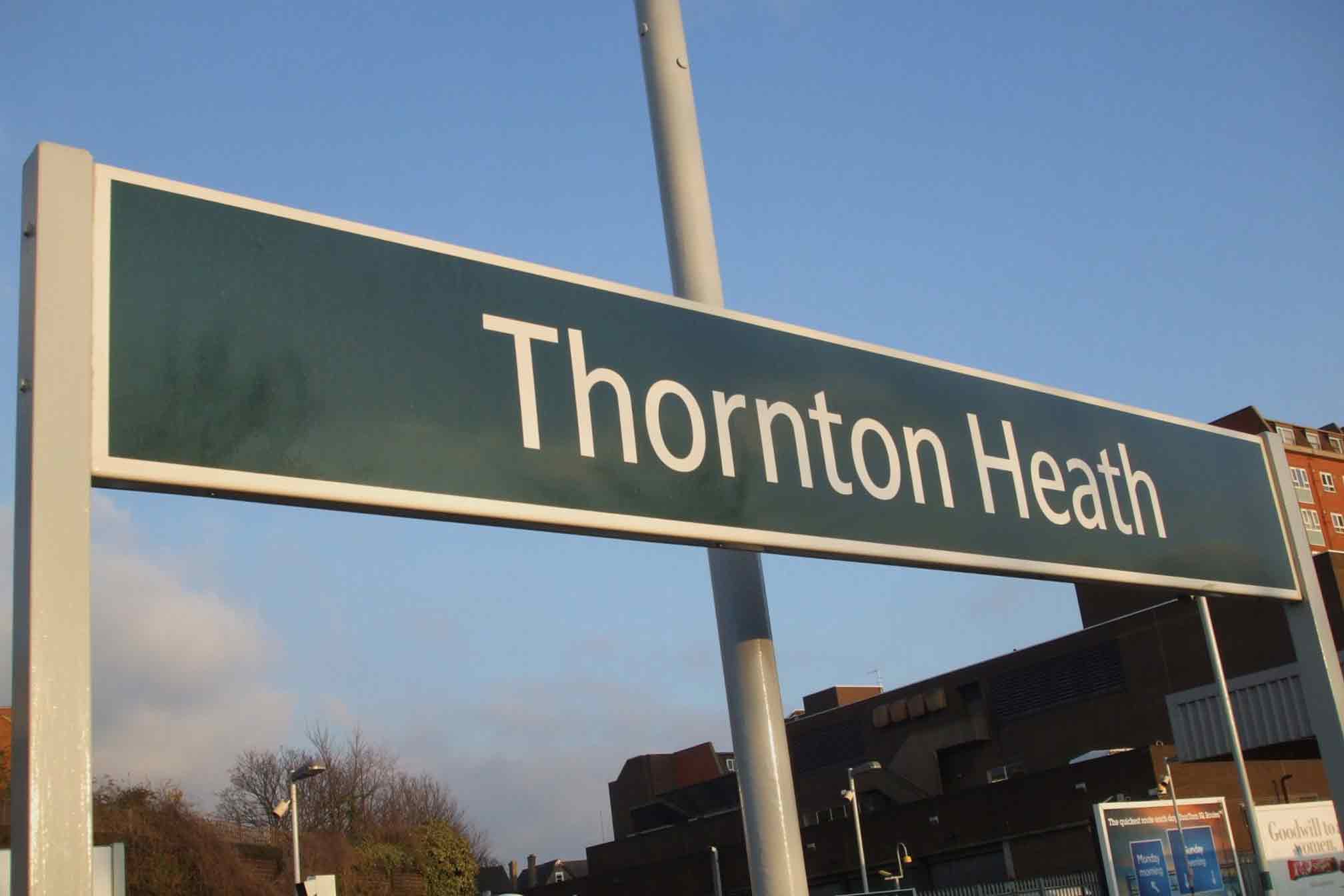 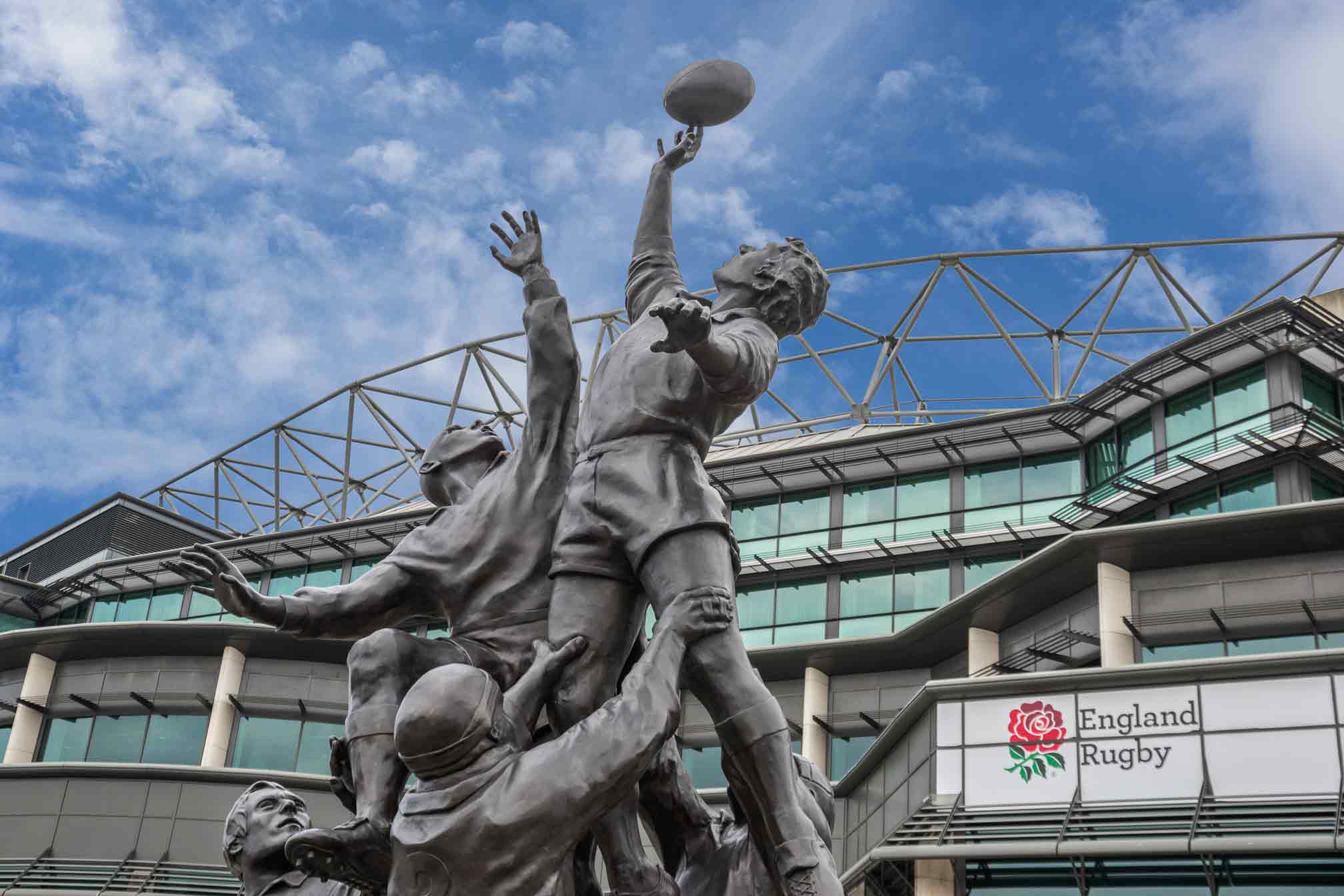 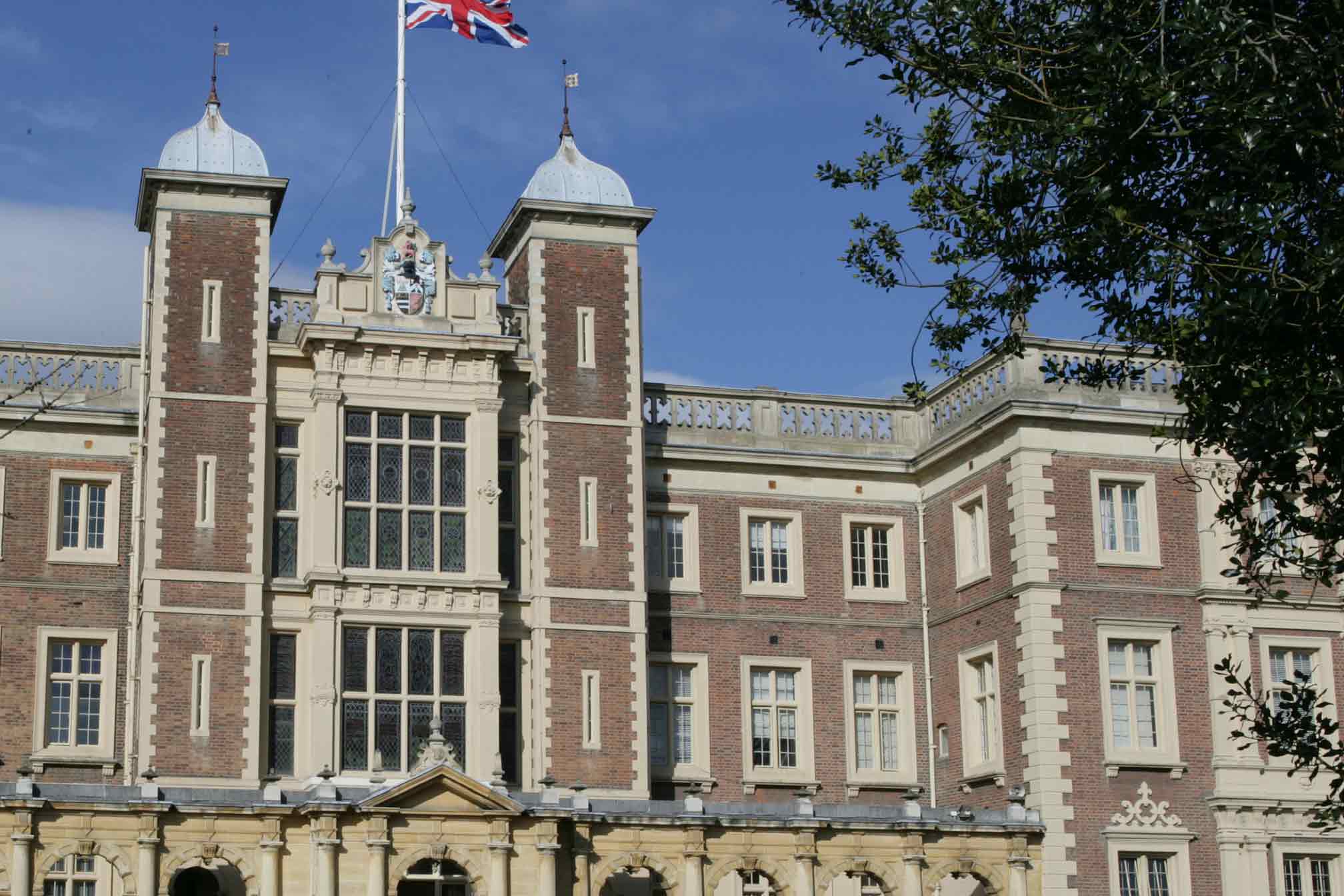 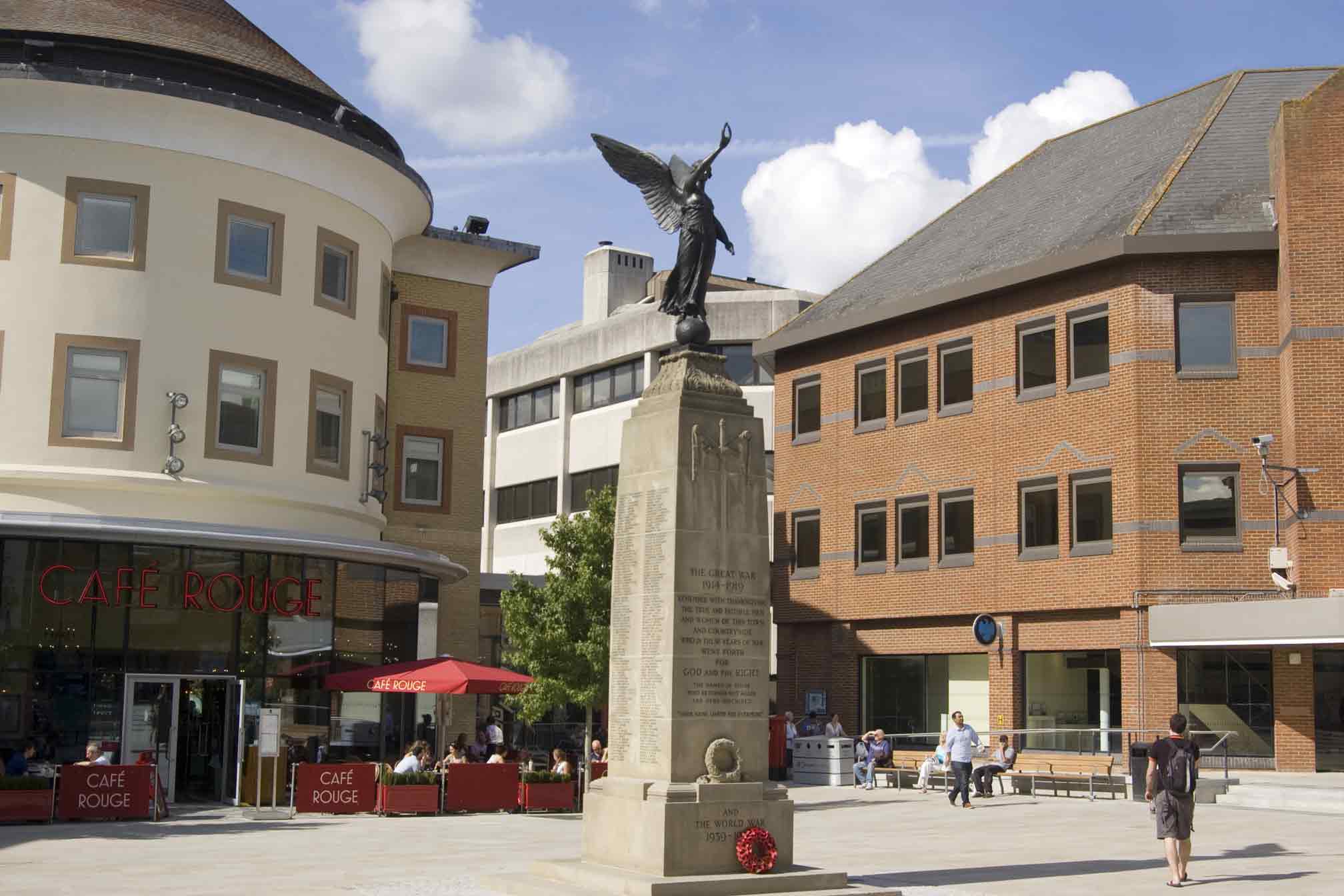